An introduction to the protection and fault location in distribution networks

Electricity is, nowadays, one of the most basic utilities, connected with all the parts of modern life. Major sectors such as the industry, health and transportations rely heavily on the constant and uninterrupted electrical energy supply, and the overall prosperity of a society is highly influenced by its access to reliable and affordable electricity. Thinking of our everyday life, proper health treatment, business development, education and safety are affected, shaped and limited by the quality of the electricity supply. Hence, apart from the development of a well-designed grid, its protection, maintenance and repair are also of great importance.

But let´s start from the beginning. The basic structure of an electricity grid consists of the electricity generation stations, the networks that transport and distribute the electrical energy, and, at the end, the loads. The transportation network is mainly used for the transportation of energy over long distances, therefore the voltage level is high in order for the energy losses to be minimum, with a few industrial consumers being connected in this part of the grid. The distribution network is comprised of the medium and low voltage levels, that reach the most industrial, and the domestic consumers. In traditional networks there is a unidirectional power flow originating from the source of the energy generation and leading to the consumers. Over the last years, with the development of renewable energy resources and the smart grids, the power flow has become in many cases bidirectional, with consumers becoming also producers, the so called prosumers, for example.

Since, almost in their entity, these changes are taking place in the distribution network, that is the field with the most challenges and opportunities for innovation as well. The most important parts in a distribution grid are the power lines, that can be overhead or underground, the power transformers regulating the voltage level, the bus bars and the various protecting devices. In this article we will only refer to the networks consisting of medium voltage overhead power lines. 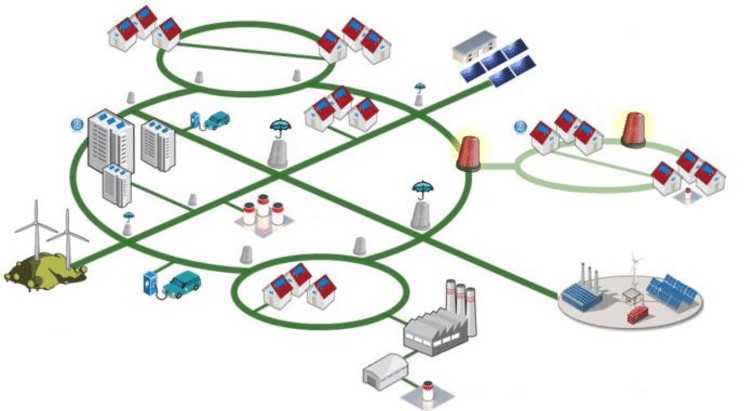 Figure 1 - The basic structure of an active distribution network [1]

The protection system for each part of the grid can be very complex and can differ according to its characteristics. A variety of devices, like breakers, relays, Remote Terminal Units (RTUs), Phasor Measurement Units (PMUs) etc. are deployed for the protection of the grid. The goal is the minimization of the SAIDI (System Average Interruption Duration Index) and CAIDI (Customer Average Interruption Duration Index) of the electricity provider and the interruption of the least amount of costumers, when a fault occurs. The last part can be achieved with the correct cooperation of the protection devices. This is called selectivity and means that the protection devices that have to be activated first should be the ones closest to the fault. If the fault is isolated then the rest of the network continues its normal function, otherwise the next closest device operates, until the faulted section is isolated.

In the medium voltage level, that can be achieved with the proper setting of the overcurrent relays, that detect a fault through the detection of an unacceptable rise in the current value, and send a signal to the breakers to open. These relays are set according to some time-current characteristics. Depending on their shape the most common ones are the:

Apart from the minimization of the isolated part of the grid, the role of the relay setting is also the minimization of the thermal stress the rest of the components of the network are undergoing during a fault. In order for the selectivity to work and for the ramifications of the fault to be minimized, usually, the closer the relay is to the end of a line, the steeper is the slope of their timer-current characteristic.

So what happens to the system after a typical short circuit – the most common type of fault- has occurred and some part of the network has been isolated by the breakers? First, the fault is detected by the system, and a signal is sent to the operational center of the distribution system operator (DSO). There are cases where no signal is sent, leading to a lack of detection of the fault. This more complicated situation, however, is outside the scope of this article. The detection of the fault activates a procedure for the restoration of the normal operation of the grid. This procedure includes the location of the faulted part, its isolation and then repair. What presents a greater challenge from a technological point of view, is the fault location.

Many DSOs still follow an obsolete model of action concerning the repair of faults, which includes the location of the exact point of the fault through the optical inspection of the whole line by the technical crew, and then its repair. However, with the advancements of technology and the upgrade of the infrastructure of the network, many novel fault location methods have been developed, which are capable of automatically locate the fault, saving, thus, time and money.

One of the first methods developed for the fault location, was the impedance-based one. This is an analytical method, that applies the fundamental laws of electricity, to form equations between the pre-fault and fault current and voltage in order to calculate the equivalent impedance between the feeder and the fault point and subsequently the distance between the fault point and the feeder. It is easily implemented and doesn´t require any investments on specialized equipment, however, it has the disadvantage of the multiple location estimation, meaning that in many cases it can point to more than one locations as the source of the fault. It is mostly recommended for radial networks, with a unidirectional power flow, and can be combined with other methods, for higher accuracy [3].

Another important method is the wavelet-based one. This is a more complex technique that requires a specific type of equipment, operating in high frequencies, as it is based on the interpretation of the differences between the current waveforms before and during the fault, in order to locate the fault point. The extraction of the required data can get more complicated with the increase of the network topology´s complexity.

Nowadays, the technique that is gaining popularity among researchers in all fields, including the location of faults, is artificial intelligence. Artificial intelligence is a big umbrella, under which many techniques can be found. The ones most frequently used in our sector are the Artificial Neural Networks (ANN), the Support Vector Machine (SVM) and the Fuzzy Logic (FL). References [4], [5], [6] offer more details on these tools and their basic principles. Even though the high accuracy of the knowledge-based methods gives them a great advantage over the others, the big amount of data required, for example, for the training of a NN and their perception as a black box, lacking of physical meaning, have made scientists hesitant to utilize them.

Moreover, there is a great variety of other methods, such as the ones based on the voltage sag caused by the fault, or the hybrid ones that combine the advantages of several techniques to achieve better results. The selection of the method depends on the application, thus, among others, the type of the network, the available equipment, the speed and the accuracy required, the cost-profit analysis etc. Furthermore, as mentioned in the beginning, what is now playing a major role on the advancements, changes and novelties implemented in the distribution network, applying also to the field of fault location, is the significant penetration of renewable energy resources.

A simple introduction on the operation of the protection system of a distribution network and the existing methods for automatic fault location was presented. The protection of the distribution network is based on the principle of selectivity of the protection devices, which are set according to that. After a fault is detected, the breaker closer to the fault is set to open, and a signal is sent to the operational center of the DSO. With the use of an automatic fault location process, based, for example, on an impedance-based, wavelet- based, artificial intelligence or hybrid method, the repair of the faulted part becomes simpler and faster, minimizing the power outage ramifications.

Overall, the distribution network is undergoing a major transformation, offering great opportunities and a lot of room for improvement in the grid protection sector.