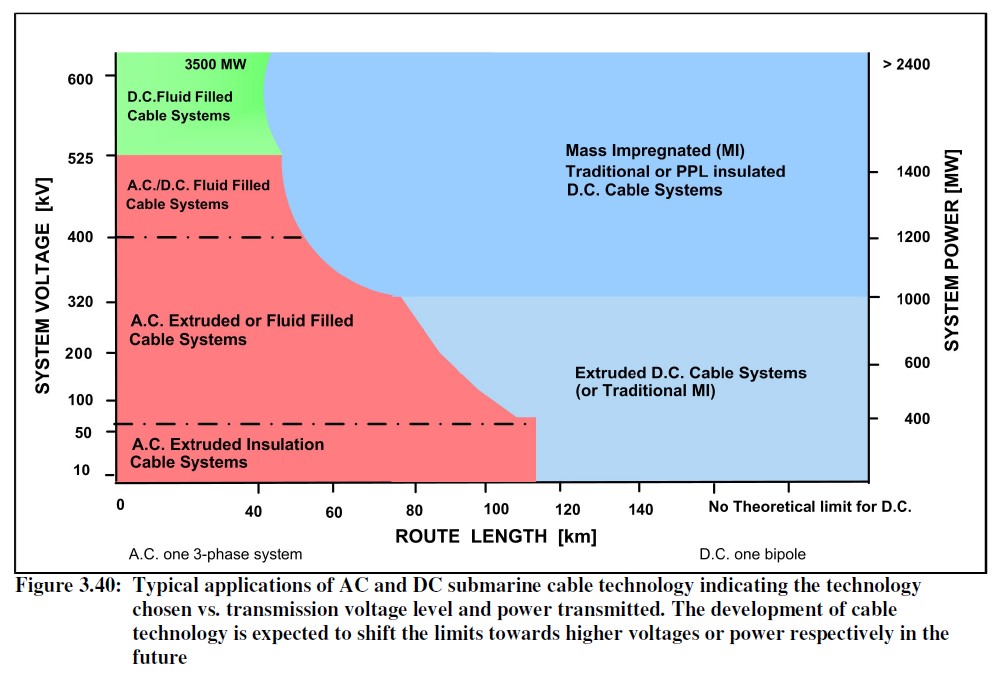 The future of HVDC links (nowadays operated mainly in point to point links) is the recourse to meshed HVDC grid of huge scale called supergrid. The following figures show what could be the development of a European supergrid. This vision has been proposed by the non-governmental organization “Friend of the Supergrid” The aim of the supergrid is to become a pan-European transmission network facilitating the integration of large scale renewable energy and the balancing and transportation of the electricity with the aim of improving the European market [1]. 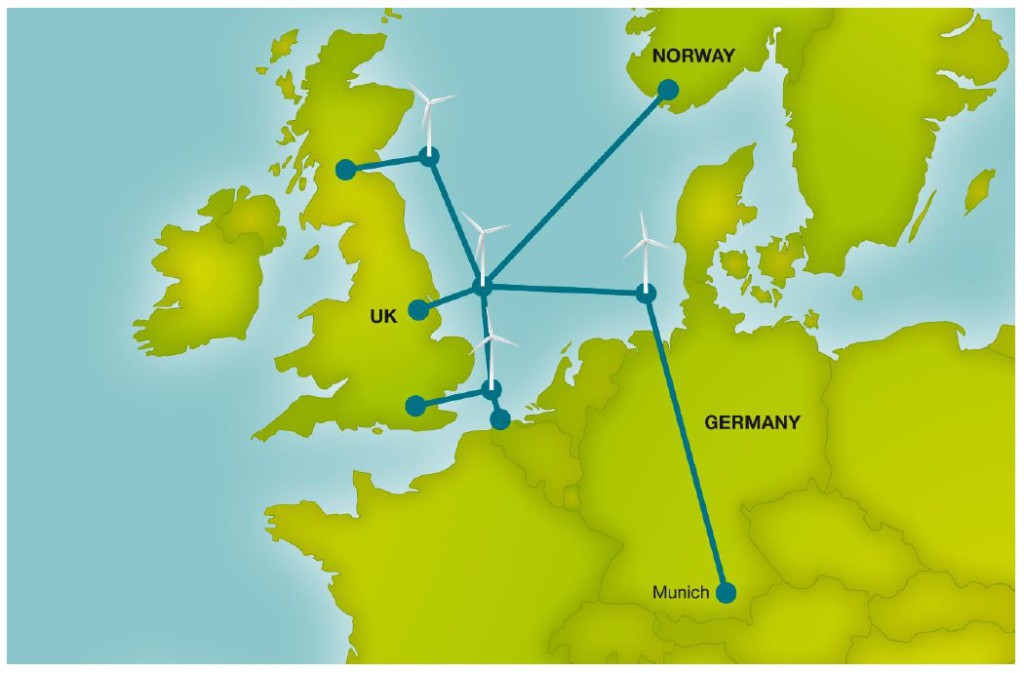 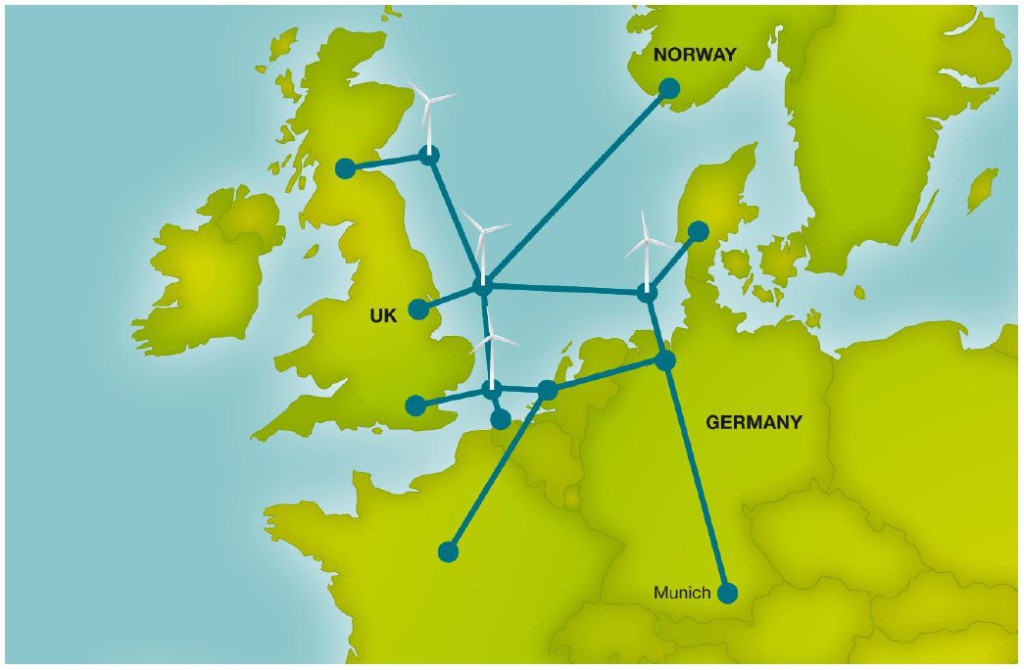 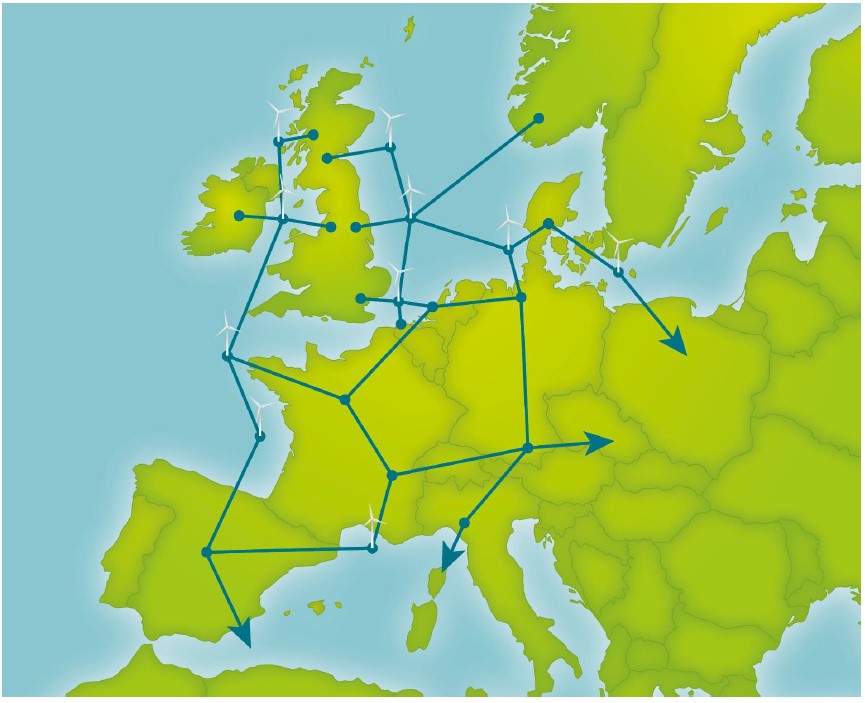 Such a development exhibits various challenges as mentioned in the following figure non exhaustive list) in the technical field, economic and social field and environmental field [2].

From a technological point of view, one can highlight some control concerns (power flow control in a meshed grid, automatic network restoration), some power electronic concerns (topology of converters for the exchange of renewable energies), components based concerns (cables, conversion stations) and protection concerns. This latest point can be summarized in the following figure [3]. 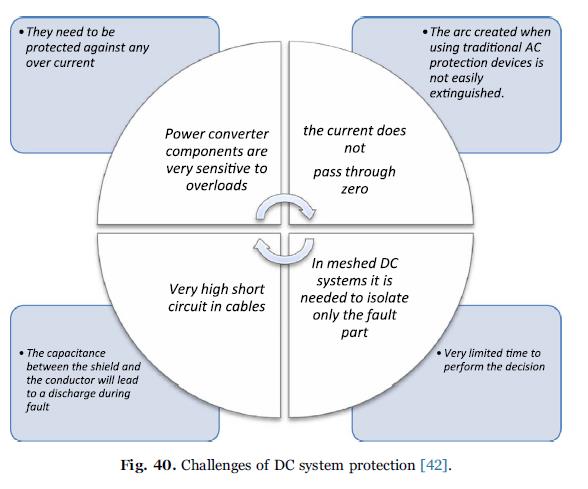 The protection of HVDC grid is linked to three main items:

Some current research works are focused on the development of protection algorithms following one of the presented strategies and on the induced requirements on devices (DC circuit breakers, resilience of control laws of converters and dedicated control laws for restoration of voltage and power flows inside the MTDC grid just after fault isolation.