One of the main differences of the (present and) future power grids with respect to the “traditional” ones is the increased number of small distributed generation units, whereas before there was usually a big power plant producing power for a large region. These small power plants can be of different nature, like a small wind park, a small solar farm, or also houses that produce energy, while before they were only consuming it. For what concerns houses, many are the reasons for this transition. One of them is the fact that there is now a cheaper availability of small production units that can be installed in houses. For instance, solar panels can be easily bought and installed on the roof of houses, leading to costs savings or even profits for the family that installed them.

Another very interesting technology is the so called µ-Combined Heat and Power (µCHP) plant. This is a device that can “burn” a gas and produce, at the same time, both heat and electricity - hence the name. The actual working principle of this device is far beyond the scope of this article; here we would only like to stress why this technology is useful and what we can achieve with it. µCHPs take a gas as input, which can be natural gas but also “green” biomass gas or, more interestingly, hydrogen, and through a physical process produce electricity out of it. Different technologies are available, e.g. Micro combustion engines, Stirling engines, or Fuel cells. These technologies have different working principles and different consequences, according to the gas used to feed them. Indeed, if natural gas is used, some CO2 is released in the process, while if hydrogen is adopted in the Fuel cell µCHPs, then clean water is produced as “waste” product. Not bad, right? However, there are some problems related to the usage of hydrogen and research on hydrogen Fuel cells is ongoing. One of the main problems in this case is the storage of hydrogen, which cannot be easily achieved. For more details on uses and issues related to this technology, we address to Unni’s article. 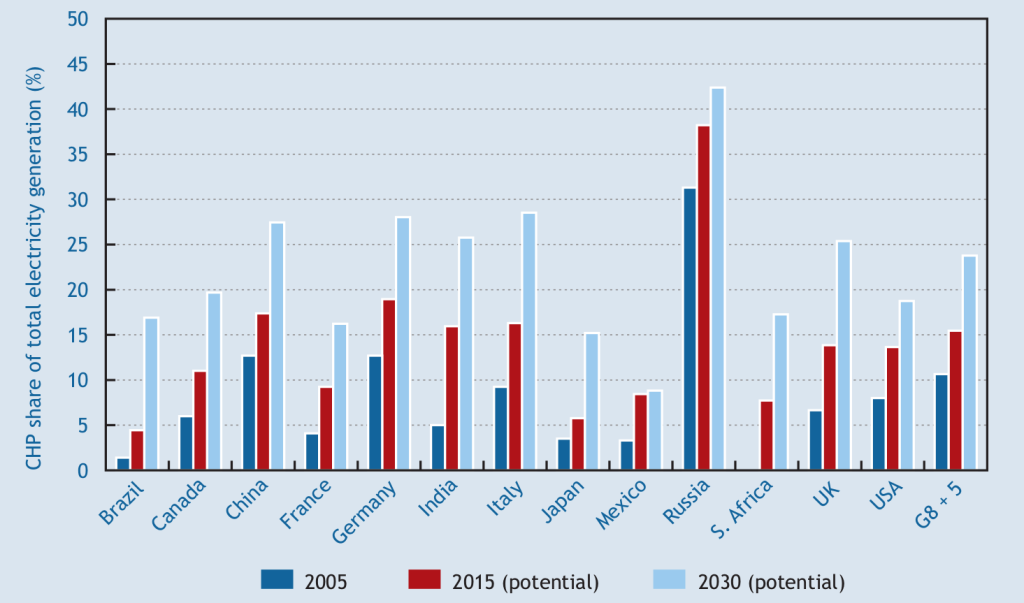 Fig. 1. Combined Heat and Power potentials under an accelerated CHP scenario, 2015 and 2030 (source: IEA data and analysis and [3])

One could use the electricity produced in their house with solar panels or µCHPs to satisfy their own electricity demand, without having to buy it from the main grid, increasing efficiency. Or, if the production is more than what it is actually consumed, then this energy could be sold back to a retailer. However, it must be noted that if the consumption is more than what is actually being produced, then some energy must be bought from the main electricity grid.

So far, so good. But could we actually do better than this? In particular, think about the last two cases: the production is higher than the consumption and vice versa. In the first case you would get some money by selling the electricity, but in the second case you would spend another - probably higher - amount of money to buy it back from the main grid. An idea could then be to attach to the production unit an energy storage system, like an electric vehicle or a battery designed for storing energy in households, for example Tesla’s Powerwall. Then, one could store energy when the amount of produced energy is higher than required, or use the stored energy when the production does not cover the consumption requirements. But how to optimally store and use energy, in order to minimize the costs for a household? Could it be possible to just store it when the production is higher than the consumption and use it in the opposite case? Well, unfortunately things are not so simple. It is at this stage that control algorithms come into play. 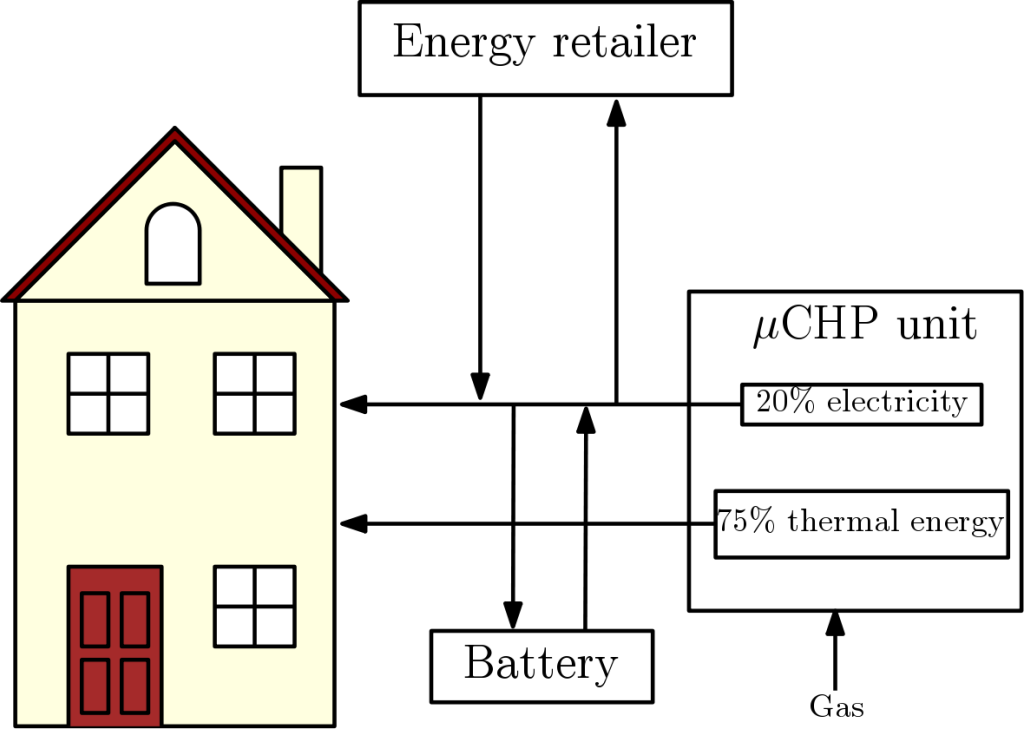 Fig. 2. House with a micro-CHP unit. The produced electricity can be used in the house, stored in a battery or sold to an energy retailer. Electricity can be also bought from the main grid (Figure inspired by [1])

What are control strategies and what can they do for you?

To keep things simple, let us briefly explain what control means referring to our case of a household with a local production unit and an energy storage system. Suppose that you want the system to achieve a certain goal, which can be minimizing an economical cost. Then, you should somehow control it and tell the system what it should do in order to achieve your desired goal. Possibly, you would also like to satisfy some constraints, which can be for instance not to overload or empty a thermal energy storage or your electric energy storage. Apart from this, you would also like not to stress too much your battery, which in other words means that you don’t want to charge it and recharge it a lot of times in a very limited amount of time, thus reducing its lifetime. This translates in an increased cost on the long run and it goes against your goal of minimizing costs.

A good idea to achieve this could be to use a model of your system, including its dynamics and how it behaves. In this way, you could also predict how the system is going to evolve, up to a certain horizon, if you apply certain inputs to it. But then, you could think about optimizing the inputs in such a way that your economic cost is reduced, while also satisfying your constraints. This is in short the working principle of one of the most popular control techniques: Model Predictive Control. This technique has been studied for decades and it has been applied to a variety of fields, including industrial plants, vehicle trajectory control, water networks, and of course power networks.

Since models are not always precise and since uncertainties of different kinds are usually present in the system, you need a more advanced control tool. For instance, your controller could predict - based on historical data - how much you are going to consume in the next hours, but it will be a prediction subject to some errors. Therefore, you need a robust control strategy, which is capable of guaranteeing that your constraints will be met, even with uncertainties. The performances in this case will be smaller, but you will achieve your desired goal even taking into account the uncertainties present in the system.

Let us now go back to our problem. Suppose that in our house we have a local production unit like a µCHP and a battery. What else do we need for minimizing our costs? Well, we must have some information about our consumption, or loads, and also about the prices that are set for selling and buying energy. Of course, the more information we have, the better the outcome will be, so that if we know in advance that the price will change in the next hours, we can act accordingly and plan things ahead. But even with a certain degree of uncertainty, we would have better performances with a robust control action rather than with a rule-based strategy. Then, we can pass all this information to our controller based on a robust Model Predictive Control strategy, that will find which are the optimal inputs that will be applied to our system, or, in other words, how to optimally use our battery and our generation units. This is done in an automatic way and at each time-step, our controller would shift its prediction of one step forward and recompute the new optimal inputs.

In our project, we focus on developing new robust control strategies for smart grids in the presence of uncertainties. In particular, our research interests are on systems with local production units like µCHPs and energy storage systems, as described before. With these results, we expect to improve how energy is managed in houses when it is produced locally, and to give a further incentive towards the adoption of distributed generation units such as µCHPs and solar panels.

View all posts by: Tomas Pippia