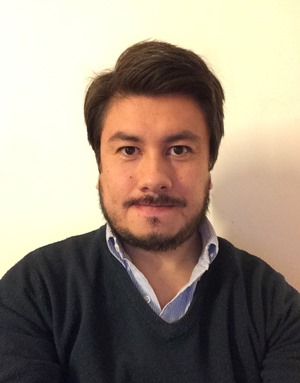 Camilo received his B.Sc. in Electronic Engineering in 2008 from the Pontifical Xavierian University, Bogotá. The same year he joined the firm Deloitte, where he worked as Senior Consultant specialised in Business Risks Analyses, developing several projects for different industrial sectors among them Energy and Resources. He continued his studies at Stuttgart University, Germany. There, he obtained a Master’s degree in Sustainable Electrical Energy Supply in 2017. In parallel with his studies, he worked as Student Research Assistant at the Fraunhofer Institute for Manufacturing Engineering and Automation (Germany). Camilo carried out his Master’s Thesis at the Department of Electrical, Electronic and Information Engineering of the University of Bologna, Italy. There, he studied the integration of distributed energy resources and energy storage systems in micro-grid applications under uncertainty conditions.

Currently, he is pursuing his PhD at the University of Bologna in the framework of the INCITE project. His research interests include decentralised control approach of micro-grid’s components, integration of vehicle-to-grid (V2G) services and optimisation modelling.