Some key features of future electrical networks include the high penetration of distributed generation units, either those that are based on renewable sources or those that are dispatchable, the increasing usage of storage energy systems, and the possibility of having bidirectional power flow, in which consumers can have active roles in the balancing the power of the network. As the conventional networks, which rely heavily on centralized power generation to meet the consumers’ demand, are shifting toward such systems, the technology to control the networks must also adapt, such that the efficiency and reliability of the networks can be maintained, if not increased. 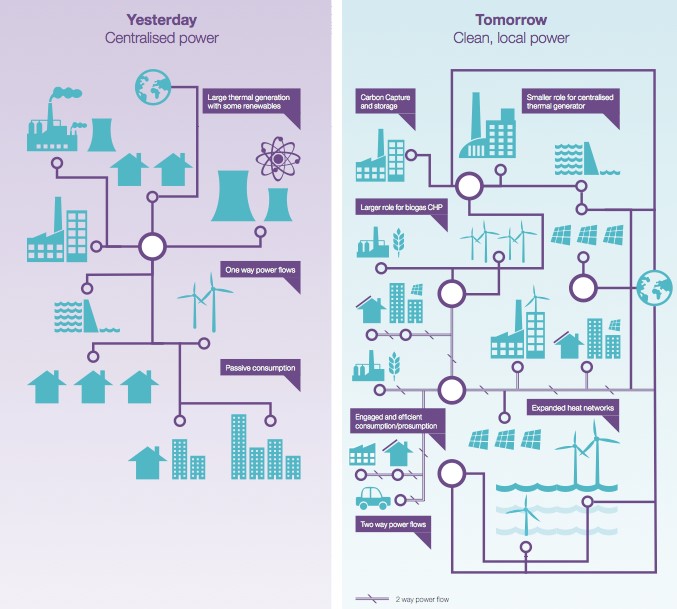 In this regard, distributed computation and control schemes might play important roles for future electrical networks. Distributed control refers to a control scheme that consists of a number of local controllers, each of which controls a subset of the system, with the capability of communication among the controllers [1]. Considering that, in the future, an electrical network may consist of a large number of controllable distributed generation units and storage systems, centralized control scheme, which has been commonly implemented in conventional networks, might not be able to deal with the high computational demand of such network.

Moreover, since the network might cover a large geographic area, having multiple control units also improves cybersecurity and resilience of the network with respect to failures of some parts of the network. For instance, if some local controllers or some components fail, the failure will only affect small part of the network instead of the whole network. In addition, distributed scheme may also provide certain degree of privacy since not all information must be communicated. 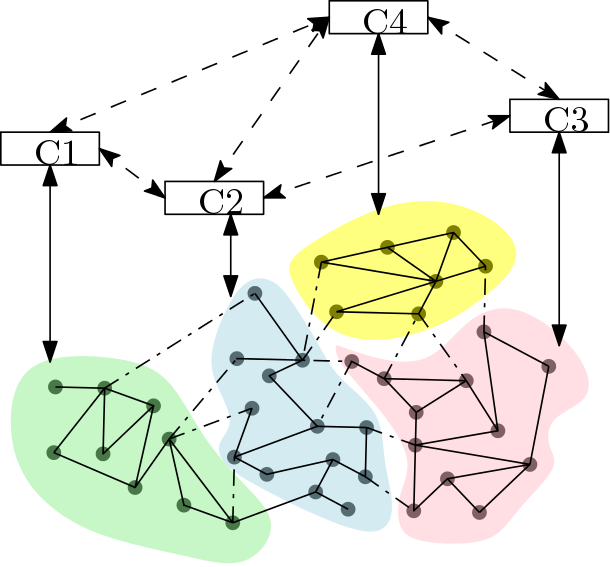 However, the task of designing a distributed control scheme is more complex than that of designing the centralized counterpart. Some of the challenges that are faced in this task include: (1) how to properly design the distributed algorithm and assign it to the local controllers and (2) how to ensure the reliability of the communication network, which is a crucial part of the control scheme.

System and problem decompositions are keys to tackle the first challenge. Since a local controller is assigned to a sub-system, i.e., a small part of the system, the system must be decomposed appropriately. Regarding this, a system partitioning method, which is an automatic procedure to decompose the system, is necessary. Furthermore, the control problem of the system must also be decomposed such that appropriate sub-problems are obtained and can be assigned to the local controllers. Additionally, it is also important to identify the couplings, i.e., the interaction and influence among the sub-systems.

In dealing with the second challenge, one must consider possible communication issues that might appear during the operation of the system. Communication delays, data packet drops, and communication link failures are some of the potential issues [2]. They have negative impacts on the controller since they disrupt the computation process in a distributed scheme. In addition, communication issues become important and quite relevant for electrical network due to the nature of the network that is spread over a large area. Therefore, techniques and technology to solve these issues must also be implemented in the controller.

In conclusion, it is argued that distributed control approaches are suitable for future electrical networks. It offers the capability to distribute the computational burden and to improve cybersecurity, resiliency, and privacy. However, these approaches also possess some challenges that must be overcome.